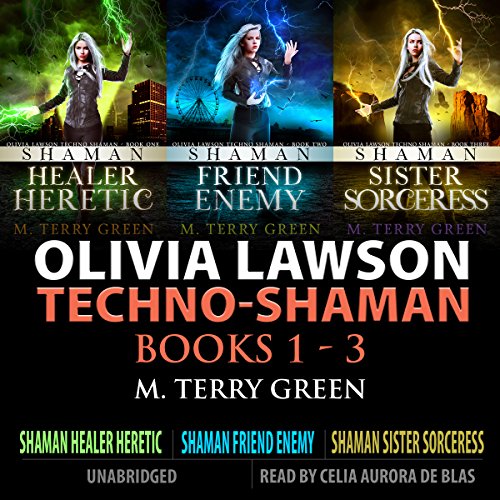 Even for a techno-shaman, a kachina in the bedroom isn't exactly part of the drill. When Olivia Lawson wakes to find one towering over her, she panics. A Hopi god visiting the real world isn't just wrong - it's impossible.

Left with few options, Olivia is forced to defy centuries of shaman prohibitions. As she and her allies risk everything in their bid for survival, Olivia ultimately learns that the rules are there for a reason and that breaking them has a terrible cost.

As Livvy's career soars, her personal life spirals downward. Broken bonds and lost love finally force her to confront the terrible secret of her beginning in shamanism. Despite being attacked by dark shamans and navigating a spiritual plane that seems out of control, Livvy's single-minded quest steers her into dangerous territory and puts her on a collision course with those dearest to her. No longer able to walk a fine line, Livvy discovers that when the one thing you need is the one thing you can't have - you'll risk everything.

If techno-shaman Olivia Lawson thinks a trip to the Hopi mesas is the escape she needs, she is gravely mistaken. Formidable shamans draw her into a bitter and centuries-old conflict. But as prophecies turn deadly, even the gods of the Multiverse play their part, and Livvy must choose - between this world and a new one, between action and acceptance, between duty and desire.

"Unpredictable, un-put-down-able, addicting debut...this sci-fi/thriller cross is sure to please all readers of the contemporary urban fantasy genre." ( Books a la Mode)