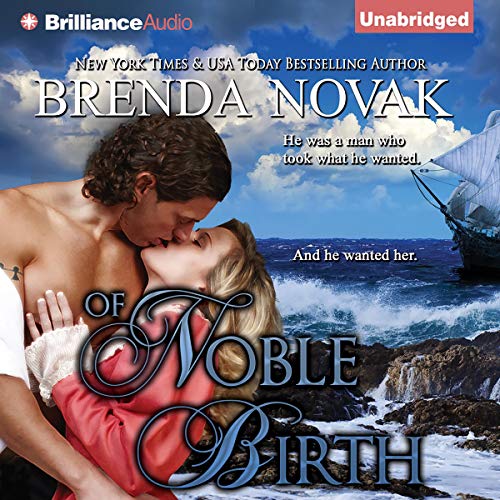 To escape her cruel stepfather, seamstress Alexandra Cogsworth envisioned sailing far from England…though not as a captive aboard a pirate’s ship.

Pirate captain Nathaniel Kent’s strategy for exacting revenge on his coldhearted father involved taking a valuable hostage…not a seamstress he mistakenly thinks is his half sister. Yet fate has designs of its own, landing them both on board the Royal Vengeance. At sea, Nathaniel intercepts and plunders his father’s ships, all the while tormented by his illicit hunger for the tempting prisoner he thinks is his blood relation. And although Alexandra wants no part in this terrifying voyage, to reveal her true identity to the handsome, blue-eyed Nathaniel would invite danger. Not only would she become worthless cargo, but the revelation would surely unleash what she and Nathaniel have been fiercely battling - a rising undercurrent of impossible desire that could sweep them away for good.