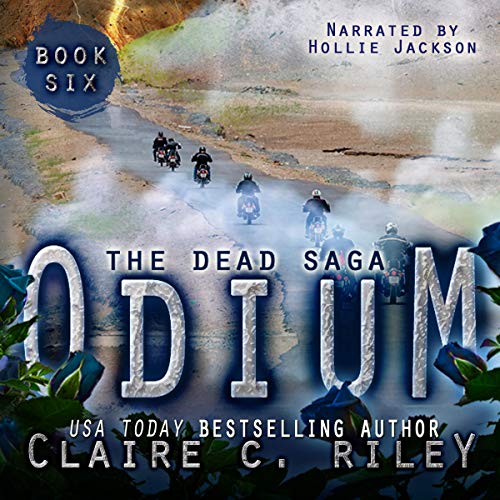 Book six in the heart-racing post-apocalyptic series, Odium! People will do anything to survive!

In the sixth book of the Dead Saga series, Nina is fighting more than just her demons; she’s waging war upon evil, because the greatest enemy now isn’t the deaders - it’s humans. Determined to eradicate the Savages from earth, Nina must settle an age-old argument and bring together mortal enemies. Because it’s more than just their own survival at risk now...it’s everyone’s. Running blindly toward danger is what Nina does best-only this time her eyes are wide open. She knows the risks, but she also knows that time is running out for Mikey; the Savages are hungry, and they’ll only play with their food for so long.

Nina must eventually make the choice between love and survival, because in a world gone mad, you can’t have both, and no matter how much you want to stay, sometimes it’s easier to say goodbye.