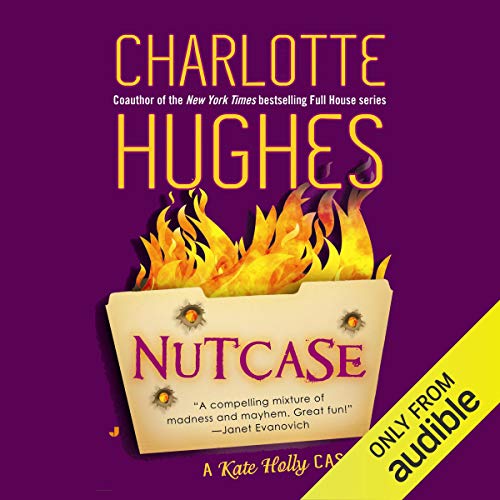 Kate Holly can't seem to catch a break. In Nutcase, the second book in Charlotte Hughes's fun romantic suspense series, the sexy psychologist is caught between two men while she tries to uncover the identity of a serial arsonist.

Film and stage actress Teri Clark Linden captures the Southern charm and wit of this audiobook's moderately insane cast of characters. The novel's action, humor, and sex-infused excitement never flags, and Linden has no problem keeping up the pace. Janet Evanovich, Hughes' friend and collaborator, once said of the author that "Her words turn to gold on the page", and the statement rings equally true of her words in the headphones.

Listeners will go nuts for the new Kate Holly novel.

Psychologist Kate Holly is about to get evicted from her office, and her best option may be to share space with her Jacuzzi-loving ex-boyfriend, Dr. Thad Glazer. That’s not going to help her patch things up with her firefighter ex-husband. With her oddball patients, meddling mother, and eccentric secretary thrown into the mix - not to mention a spree of suspicious fires - will Kate put her life back together or wind up in a padded cell?