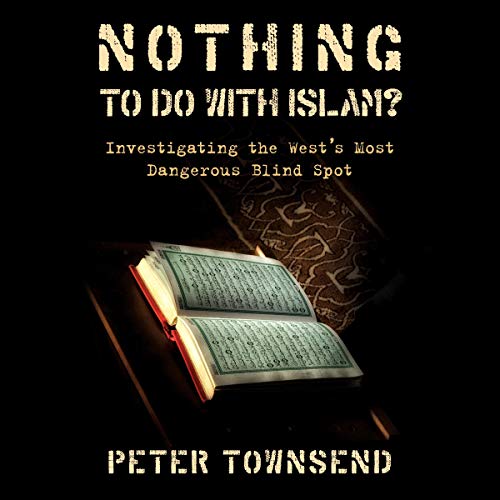 Nothing to Do with Islam?: Investigating the West's Most Dangerous Blind Spot

Nothing to Do with Islam?: Investigating the West's Most Dangerous Blind Spot

One of the most depressing realities of modern life is the regularity with which deadly attacks are carried out in the name of Islam. Almost as depressing are the invariable reassurances by Western political leaders and media elites that these acts of violence have “nothing to do with Islam”.

As part of these reassurances, we will also regularly hear the terms Radical Islam, Islamism, Militant Islam, "so-called" Islamic State (ISIS) and Jihadist bandied about as if people who act violently on behalf of Islam are somehow perverting the pristine teachings of the Muslim religion. Yet, niggling doubts remain. Why, if Islam is indeed a “religion of peace”, do these attacks keep coming? Why are the vast majority of acts of terror in our world today carried out by people steeped in the teachings of the Qur’an?

With his new book, Nothing to Do with Islam?: Investigating the West’s Most Dangerous Blind Spot, Peter Townsend (author of the highly acclaimed Questioning Islam: Tough Questions and Honest Answers about the Muslim Religion) examines the evidence as far as the possible link between Islam and violence is concerned. He does this by carefully analyzing the foundational texts of Islam (most notably the Qur’an and traditions), as well as the canonical set of stock responses whenever such a link is asserted.

The question whether Islam promotes violence could very well be one of the most important questions ever faced by Western civilization. It deserves more attention and analysis than a few glib sound bites. Nothing to Do with Islam? provides you with the opportunity to examine this question from all angles and come to your own conclusions.