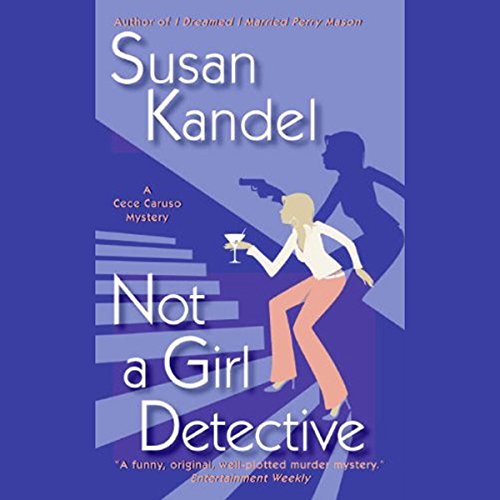 Not a Girl Detective

Besides her beloved collection of vintage designer clothing, there is nothing Cece Caruso cherishes more than her childhood memories of Nancy Drew. Her near obsession with the fictional teenage sleuth led her to become a professional biographer of classic mystery writers. And now that she's working on a book about Nancy's pseudonymous creator, "Carolyn Keene", Cece's in heaven.

At the L. A. home of another rabid Drew-ophile, Cece finds a treasure trove of useful memorabilia, including one unique and somewhat shocking collectible. Later she finds a dead body - and a puzzle that would sorely test the skills of her spunky girlhood heroine. Now she'll have to channel her former idol and unmask a murderer, and the killer may be coming for Cece next.

"In addition to all the Nancy lore, Kandel weaves her knowledge of art into the puzzle and ties everything into a splendid bow. Readers will be anxious to know whose bio she'll tackle next." (Publishers Weekly)