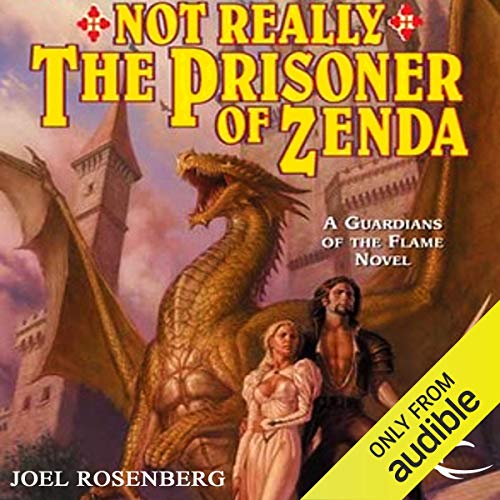 Not Really the Prisoner of Zenda

Not Really the Prisoner of Zenda

Kethol is an adventurer with an easy smile, a man who is quick with a quip and quicker with a sword.

His partner, Pirojil, the ugly one, looks impressive and deceives people into thinking he's stupid to their sorrow - for his might and loyalty are worth a kingdom.

And the fledgling wizard Erenor, a man who tries to stay two steps ahead of his enemies, as well as one step ahead of his friends.

Loyal retainers they are, sworn to Jason Cullianane, a man who walked away from a crown, and who has been trying to convince all the almost-warring factions that he doesn't want the job back. Their lives aren't very easy, what with keeping Jason from getting killed by yet another conspiracy, rescuing some damsel or whatnot in distress, and squirreling away something for the ever - diminishing prospect of retirement. And now it looks like our heroes might wind up succeeding in none of their schemes, for there are plots within plots, and Kethol has been forced into a disguise not of his own making. There is magic aplenty in the air (and on the ground), and in order to save a kingdom, they may have to pull off a complicated scheme that could kill them all - or land them in positions of supreme power. But, hey, whoever said that a soldier's life was a cakewalk? Set in Joel Rosenberg's best-selling Guardians of the Flame series, Not Really the Prisoner of Zenda is the third adventure of the journeymen soldiers of Castle Cullianane (and their sometimes ill-fated leader) in all their raucous glory. A fun, fast-paced read, it's a rollicking roller coaster of a book that will have fantasy fans reaching for more.