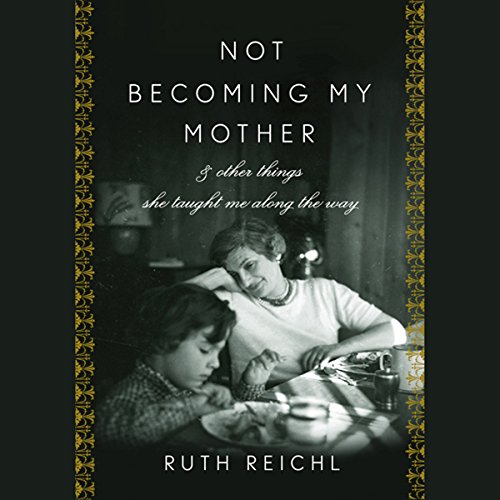 Not Becoming My Mother

Best-selling author Ruth Reichl examines her mother's life, giving voice to the universal unarticulated truth that we are grateful not to be our mothers.

In Not Becoming My Mother, best-selling author Ruth Reichl embarks on a clear-eyed, openhearted investigation of her mother's life, piecing together the journey of a woman she comes to realize she never really knew. Looking to her mother's letters and diaries, Reichl confronts the painful transition her mother made from a hopeful young woman to an increasingly unhappy older one and realizes the tremendous sacrifices she made to make sure her daughter's life would not be as disappointing as her own.

Growing up in Cleveland, Miriam Brudno dreamed of becoming a doctor, like her father. But when she announced this, her parents said, "You're no beauty, and it's too bad you're such an intellectual. But if you become a doctor, no man will ever marry you." Instead, at 20, Miriam opened a bookstore, a profession everyone agreed was suitably ladylike.

On what would have been Miriam's 100th birthday Reichl opens up her mother's diaries for the first time and encounters a whole new woman. This is a person she had never known. In this intimate study Reichl comes to understand the lessons of rebellion, independence, and self-acceptance that her mother - though unable to guide herself - succeeded in teaching her daughter.