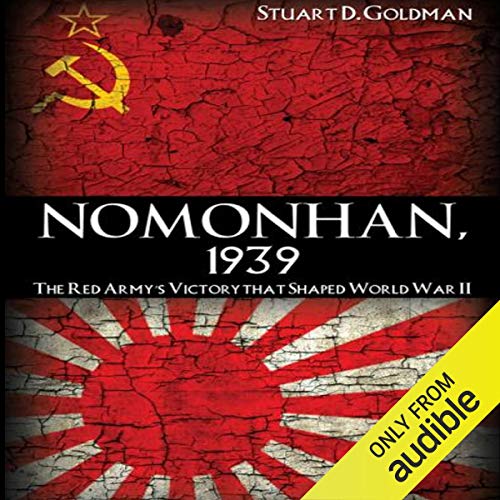 Stuart Goldman convincingly argues that a little-known, but intense, Soviet-Japanese conflict along the Manchurian- Mongolian frontier at Nomonhan influenced the outbreak of World War II and shaped the course of the war. The author draws on Japanese, Soviet, and western sources to put the seemingly obscure conflict - actually a small undeclared war - into its proper global geo-strategic perspective.The book describes how the Soviets, in response to a border conflict provoked by Japan, launched an offensive in August 1939 that wiped out the Japanese forces at Nomonhan. At the same time, Stalin signed the German-Soviet Nonaggression Pact, allowing Hitler to invade Poland. The timing of these military and diplomatic strikes was not coincidental, according to the author. In forming an alliance with Hitler that left Tokyo diplomatically isolated, Stalin succeeded in avoiding a two-front war. He saw the pact with the Nazis as a way to pit Germany against Britain and France, leaving the Soviet Union on the sidelines to eventually pick up the spoils from the European conflict, while at the same time giving him a free hand to smash the Japanese at Nomonhan.

Goldman not only demonstrates the linkage between the Nomonhan conflict, the German-Soviet Nonaggression Pact, and the outbreak of World War II , but also shows how Nomonhan influenced Japan's decision to go to war with the United States and thus change the course of history. The book details Gen. Georgy Zhukov's brilliant victory at Nomonhan that led to his command of the Red Army in 1941 and his success in stopping the Germans at Moscow with reinforcements from the Soviet Far East. Such a strategy was possible, the author contends, only because of Japan's decision not to attack the Soviet Far East but to seize the oil-rich Dutch East Indies and attack Pearl Harbor instead. Goldman credits Tsuji Masanobu, an influential Japanese officer who instigated the Nomonhan conflict and survived the debacle, with urging his superiors not to take on the Soviets again in 1941, but instead to go to war with the United States.