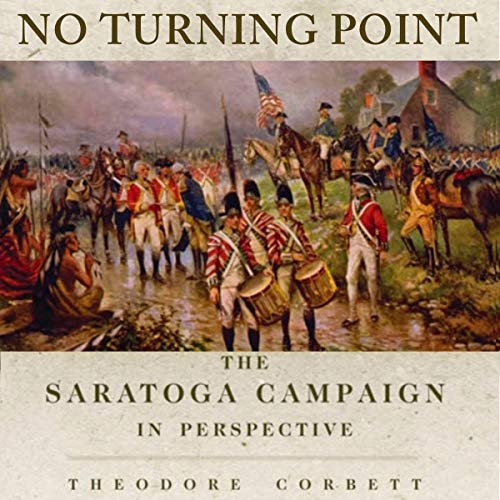 No Turning Point: The Saratoga Campaign in Perspective

No Turning Point: The Saratoga Campaign in Perspective

The Battle of Saratoga in 1777 ended with British general John Burgoyne’s troops surrendering to the American rebel army commanded by General Horatio Gates. Historians have long seen Burgoyne’s defeat as a turning point in the American Revolution because it convinced France to join the war on the side of the colonies, thus ensuring American victory. But that traditional view of Saratoga overlooks the complexity of the situation on the ground.

Setting the battle in its social and political context, Theodore Corbett examines Saratoga and its aftermath as part of ongoing conflicts among the settlers of the Hudson and Champlain valleys of New York, Canada, and Vermont. This long, more local view reveals that the American victory actually resolved very little.

In transcending traditional military history, Corbett examines the roles not only of enlisted Patriot and Redcoat soldiers but also of landowners, tenant farmers, townspeople, American Indians, Loyalists, and African Americans. He begins the story in the 1760s, when the first large influx of white settlers arrived in the New York and New England backcountry.

Ethnic and religious strife marked relations among the colonists from the outset. Conflicting claims issued by New York and New Hampshire to the area that eventually became Vermont turned the skirmishes into a veritable civil war. These pre-Revolution conflicts - which determined allegiances during the Revolution - were not affected by the military outcome of the Battle of Saratoga.

The book is published by University of Oklahoma Press.

Praise for the book:

"There is no study to match No Turning Point, whether for its social precision or for its military account." (Edward Countryman, author of A People in Revolution: The American Revolution and Political Society in New York, 1760–1790)