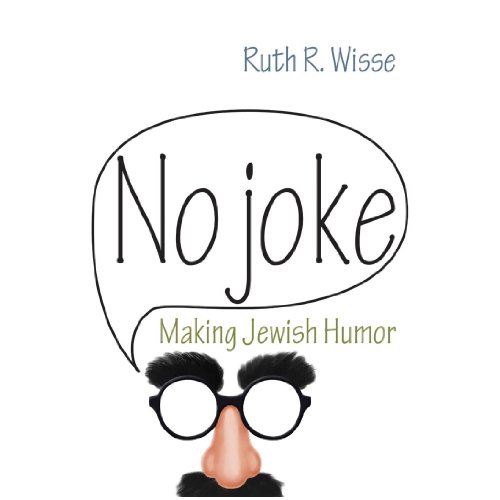 Humor is the most celebrated of all Jewish responses to modernity. In this book, Ruth Wisse evokes and applauds the genius of spontaneous Jewish joking - as well as the brilliance of comic masterworks by writers like Heinrich Heine, Sholem Aleichem, Isaac Babel, S. Y. Agnon, Isaac Bashevis Singer, and Philip Roth. At the same time, Wisse draws attention to the precarious conditions that call Jewish humor into being - and the price it may exact from its practitioners and audience.

Wisse broadly traces modern Jewish humor around the world, teasing out its implications as she explores memorable and telling examples from German, Yiddish, English, Russian, and Hebrew. Among other topics, the book looks at how Jewish humor channeled Jewish learning and wordsmanship into new avenues of creativity, brought relief to liberal non-Jews in repressive societies, and enriched popular culture in the United States.

Even as it invites listeners to consider the pleasures and profits of Jewish humor, the book asks difficult but fascinating questions: Can the excess and extreme self-ridicule of Jewish humor go too far and backfire in the process? And is "leave 'em laughing" the wisest motto for a people that others have intended to sweep off the stage of history?