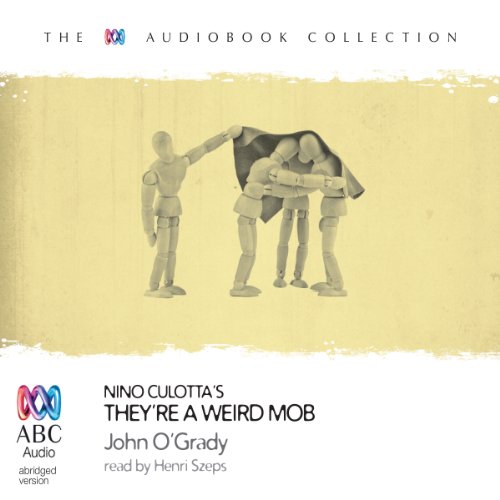 Nino Culotta's They're a Weird Mob

Nino Culotta's They're a Weird Mob

They're a Weird Mob chronicles the hilarious attempts of an English-speaking Italian migrant coming to grips with the Australian way of life. It is also an insight into the importance of idiomatic language to the Australian people.

Nino Culotta arrives in Sydney to find that, 'Most Australians speak English like I speak Hindustani, which I don't. In general, they use English words, but in a way which makes no sense to anyone else.'The language barrier means that Nino's assimilation is fraught with perplexity and frustration, but invariably reveals the true Australian spirit - a little rough around the edges, but friendly, independent and lovable.

‘A riotous comedy.’ - The Age
‘…a rollicking comedy about an Italian journalist in Fifties Australia trying to get his head around the natives’ vernacular. Anybody who has the subtitles on for Kath & Kim will get the joke.’ - Telegraph