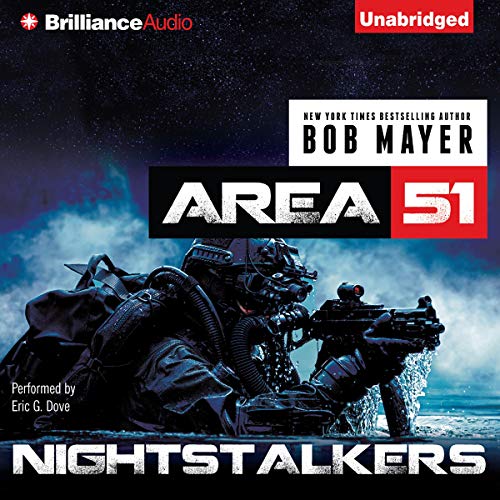 Staff Sergeant Winthrop Carter only enlisted in the army for the steady pay. When he cheated on the Special Forces’ final exam, he never expected his actions would get him drafted into the Nightstalkers - an elite team with a mysterious mission and even more mysterious leader.

For decades, Rifts have been opening and unleashing bloodthirsty alien life forms into our reality. The Nightstalkers’ goal is to shut down these breaches and stop the beings that emerge from rampaging out of control.

While still integrating with his unusual teammates - including a sociopath, a Black Ops washout, and a contemporary MacGyver - Carter gets his first taste of interdimensional action when a Rift opens inside a gated community. With half a dozen deadly invaders threatening the residents, the Nightstalkers must hunt down and eliminate the aliens before they break through containment and wreak havoc on an unsuspecting world.

I like the speaker and it is an interesting story. I'm looking forward to the next book of the series.