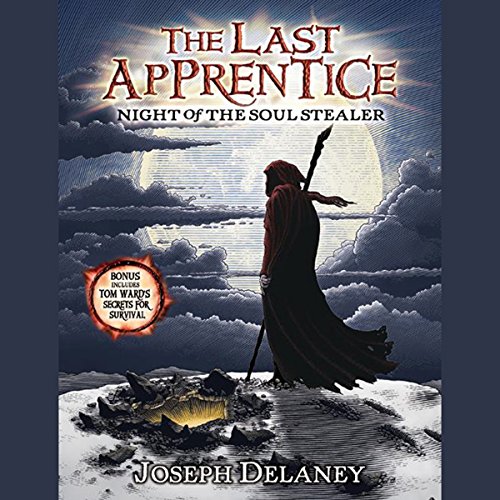 Night of the Soul Stealer

It's going to be a long, hard, cruel winter. And there couldn't be a worse place to spend it than up on Anglezarke.

Thomas Ward is the apprentice for the local Spook, who captures witches and drives away ghosts. As the weather gets colder and the nights draw in, the Spook receives an unexpected visitor. Tom doesn't know who the stranger is or what he wants, but the Spook suddenly decides it's time to travel to his winter house, Anglezarke. Tom has heard it will be a bleak, forbidding place, and that menacing creatures are starting to stir somewhere on the moors nearby.

Can anything prepare Tom for what he finds there? What if the rumors about the evil beast called the Golgoth are true? And how much danger will Tom be in if the secrets the Spook has been trying to hide from the world are revealed?