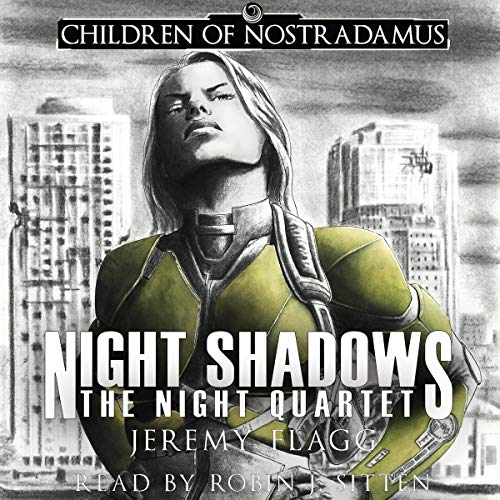 Murder isn’t in the hero handbook.

A year after joining the Nighthawks, Conthan feels anything but heroic. He fulfilled the prophecy of a dead psychic, but the stain of the warden lingers. In the cold of night, he battles a crippling self-doubt by waging war on the synthetic army.

Jasmine can’t standby and watch the world plummet into darkness as the society rises to power. Controlling the synthetics means her kind are marked for extinction. Her freedom from the military will mean nothing if she’s dead.

Continue with the super-powered sequel to Nighthawks in book two of the Children of Nostradamus Universe.