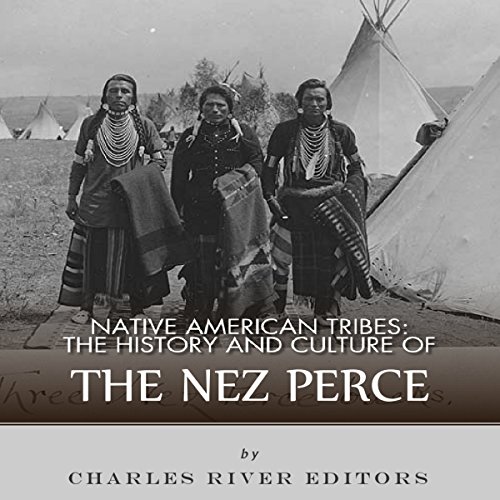 Native American Tribes: The History and Culture of the Nez Percé

Explains the origins, history, religion, and social structure of the tribe. Discusses the tribe's involvement in the Lewis and Clark expedition. Includes a Bibliography for further reading. Includes a Table of Contents.

From the "Trail of Tears" to Wounded Knee and Little Bighorn, the narrative of American history is incomplete without the inclusion of the Native Americans that lived on the continent before European settlers arrived in the 16th and 17th centuries. Since the first contact between natives and settlers, tribes like the Sioux, Cherokee, and Navajo have both fascinated and perplexed outsiders with their history, language, and culture. In Charles River Editors' Native American Tribes series, listeners can get caught up to speed on the history and culture of North America's most famous native tribes in the time it takes to finish a commute, while learning interesting facts long forgotten or never known.

Many Native American tribes went out of their way to steer clear of white settlers during the 19th century, but the Nez Percé people might have remained confined to historical obscurity if not for their willingness to establish ties with European adventurers, explorers, clergy, and settlers. By doing so, most notably assisting the Lewis and Clark Expedition in 1805, the Nez Percé succeeded in not only bringing to light their ancient heritage but staking their claim to their place in modernity. From their role in helping Lewis and Clark blaze a trail to the Northwest Pacific coast in the early 19th century to their modern-day roles in the fields of academics, politics, the arts and sciences, the Nez Percé people stand among America's most influential.

Nez Percé literally means "pierced nose" in French, but it is unclear whether the tribe ever used nose piercing as a form of ornament.