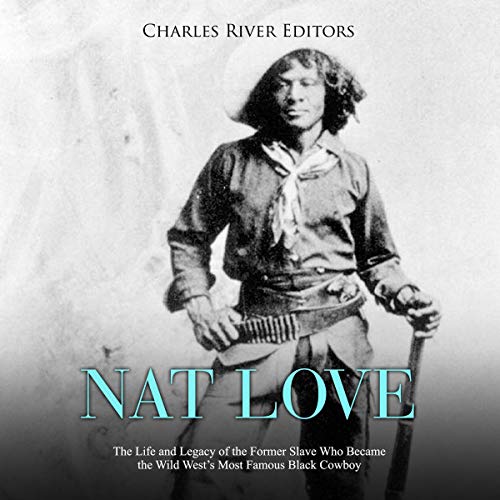 Nat Love: The Life and Legacy of the Former Slave Who Became the Wild West's Most Famous Black Cowboy

“Mounted on my horse my...lariat near my hand, and my trusty guns in my belt...I felt like I could defy the world.” (Nat Love)

The American mountain man, with his myriad of practical skills, could endure isolation in a way most could not. He lived in constant peril from the extremes of nature and from the hostilities of cultures unlike his own. In an emergency, assistance was rarely available, and he rarely stayed in one place long enough to build even a simple shelter. Travel in the American West relied upon a specific calendar, and to ignore it could be fatal, as many discovered, to their misfortune. Winter in the mountainous regions of the Rocky Mountains and Cascades was lethally cold to explorer and settler alike, but desert areas and grass plains presented difficulties as well. The network of rivers flowing west of the Mississippi on both sides of the continental divide served as early highways to the Wyoming and Montana regions, the Oregon Territory, Utah and Colorado, and the California southwest. Some were placidly tranquil, while others raged through the extreme elevations, all but defying navigation.

Explorers, soldiers, and settlers of African-American heritage comprise an unfamiliar story to most students of American history. However, in the push westward, they were present in sufficient enough numbers to exert great influence on the nation’s development. Among the earliest accounts is that of Isabel de Olvera, who settled in New Mexico around the year of 1600, and it is estimated that by 1750, 25 percent of Albuquerque’s population shared discernible African ancestry. York, the well-known servant of Lewis and Clark, accompanied the legendary expedition under the auspices of the Jefferson administration, and Edward Rose traveled up the Missouri River in the same era. Within just a few years, Pio Pico became the governor of California, and George Bush became one of the first black men to travel the Oregon Trail, opening that route to a flood of settlers over a 10-year period.

In parallel with these individuals came a number of black frontiersmen who participated in the exploration of the Western terrain, said to have numbered in the dozens. Seldom heard but notable names of black figures in the West include trick rodeo rider Jesse Stahl, stunt rider and castle rustler Ned Huddleston, and Bass Reeves, the first black deputy U.S. Marshal. Isom Dart and Willie Bill Pickett also garnered some fame in the era.

Needless to say, such a career was an unusual destiny for those who emerged from the system of slavery. Emancipation for an American slave generally involved a dangerous and illegal trek on foot toward the north, or through the Underground Railroad network operating between states east of the Mississippi.

Given the illiteracy rates of the day, few tangible accounts of such journeys have survived, but one glaring exception is that of Nat Love, one of the most famous folk legends of the 19th century. In a journey spanning many decades, Love tried his hand at virtually every line of work related to Western life, and he is generally regarded as an emblematic all-around virtuoso of the cattle range, an environment demanding proficiency in numerous activities on a daily basis. His status is not only due in part to his highly developed skills, but also the fact that he wrote of his life in an extensive set of published memoirs.

Nat Love: The Life and Legacy of the Former Slave Who Became the Wild West’s Most Famous Black Cowboy chronicles the colorful life of Nat Love and the legends that sprung up around him over time. You will learn about Nat Love like never before.