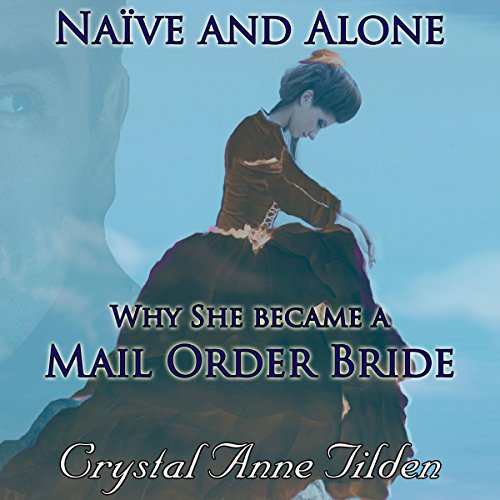 He was not the first dashing cavalryman to charm a naïve country girl, but he was the first to win Miss Calhoun's heart. When he promises his love to her, she trusts him, and realizes that her future lies westward.

Miss Mabel-Faith Calhoun needed to stay on course. Rattling down the road in an old buggy drawn by a white carriage horse, her spirits were high. The thick layer of dark gray clouds oppressing the farming town of Riverton, Georgia, that early September morning did not dampen her spirits because she was heading away. For months, she had been looking forward to visiting her aunt. After a quick hour passed, she drove beyond the hovering gloom. Now the bright blue sky was overhead. She had no way of knowing that along with the storm clouds, she may have left her sheltered life behind. A seagull glided in the currents overhead as if it were accompanying her. She cast an eye upward at the big white bird and believed it was just as anxious to get to New Glade as she was. Perhaps so. Not bound to follow the road, it flew off seaward over a line of pines and out of sight.

At this juncture, the sound of a horse running broke the silence. She heard its fast approach behind her carriage, and looked over her shoulder to glimpse a striking dark-haired cavalry soldier on a large black steed thundering up the road. He easily caught up with her. As he began to race past her carriage, the handsome man glanced over at her and took pause. He pulled up on the reins, and dominated his spirited mount into slowing to the pace of her horse so he could linger beside her buggy. A sliver of a smile crossed his face. He cocked his head in greeting and tipped his hat to her. The moment she captured his gaze, her breath caught in her throat. Now here was a man....