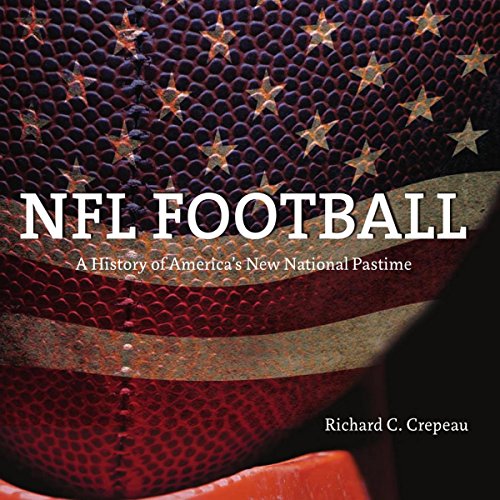 This wide-ranging history synthesizes scholarship and media sources to give the listener an inside view of the television contracts, labor issues, and other off-the-field forces that shaped the National Football League. Historian Richard Crepeau shows how Commissioner Pete Rozelle's steady leadership guided the league's explosive growth during the era of Monday Night Football and the Super Bowl's transformation into a mid-winter spectacle. Crepeau also delves into the league's masterful exploitation of media from radio to the Internet, its ability to get taxpayers to subsidize team stadiums, and its success in delivering an outlet for experiencing vicarious violence to a public uneasy over the changing rules of masculinity.

The book is published by University of Illinois Press.

"A solid resource for researchers and historians." ( Library Journal)
"A readable, engaging narrative history. Recommended." ( Choice)
"No understanding of the history of the NFL and its societal impact is complete without reading this book." (John A. Fortunato, author of Commissioner: The Legacy of Pete Rozelle)