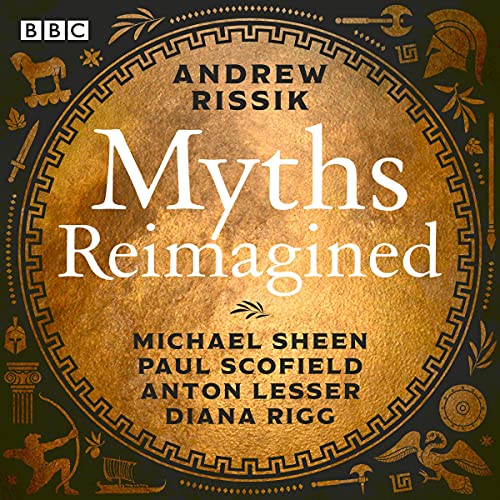 A collection of acclaimed radio retellings of Greek and Roman myths.

The Troy Trilogy - praised by one critic as 'the greatest radio drama [anyone] could ever hear', this three-play sequence tells the tragic, timeless tale of the events leading up to and following the fall of Troy. In King Priam and His Sons, a child is born to Priam and his wife, Hekabe, but the gods foretell disaster if he is allowed to live.... The Death of Achilles resumes the story in the final year of the war, as Achilles quarrels with his supreme commander, Agamemnon. And in Helen at Ephesus, Troy has fallen, and as Agamemnon returns to face the judgement of his wronged wife, Klytemnestra, Menelaos and Helen must begin the long spiritual journey towards forgiveness and self-knowledge.

Dionysos - based on Euripides' The Bacchae, this dark, provocative drama is the first of three plays examining the conflict between religion and state. Charismatic cult leader Dionysos arrives in Thebes preaching a gospel of wine and ecstasy. Threatened by his popularity, King Pentheus orders his arrest....

The Art of Love - the second of the three-play cycle sees Roman poet Ovid sent into exile when his subversive ideas about love and freedom challenge the authority of the ageing Emperor Augustus.

Resurrection - in the final play of the trilogy, the Roman governor of Judea, Pontius Pilate, clashes with troublesome, itinerant preacher Yeshua Ben Youssef.