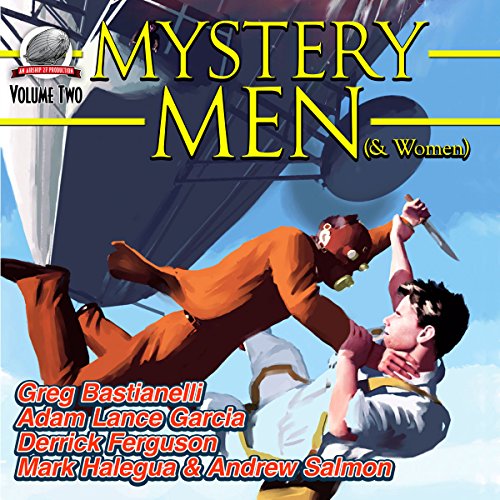 The return of the all new Mystery Men (& Women)

In Volume One of this series, we introduced pulp fans to four original pulp heroes by today's leading writers of pulp fiction. Now, we proudly present the second installment and another brand new quartet of fresh and exciting heroes cast in the mold of the classic adventurers of the past.

Operating on the streets of Central City, he is a mysterious vigilante daring to confront the mobs and protect the innocent. But who is he really? The cop, the famous radio announcer, the brother to a victimized young woman? Created by Mark Halegua with writing partner Andrew Salmon.

Writer, editor, Jack Minch thought he knew New York City like the back of his hand - until one of his star reporters suddenly vanishes within the deep, maze-like sewer tunnels beneath the concrete Gotham. Now Minch and a detective ally must travel into this unknown domain where death lurks at every turn. Created by Greg Bastianelli.

Dock Doyle was a real life hero known around the world. But when things go horribly awry on location of his latest jungle adventure, the actor must come to grips with becoming a true hero, or dying in the process. Created by Adam Garcia.

In today's world of high tech communications, private companies wield power like governments, some for the public good, and others for their own evil agendas. Now a modern day warrior will champion his family's technological empire and defend it against all who would destroy them. His name is Mongrel. Created by Derrick Ferguson.