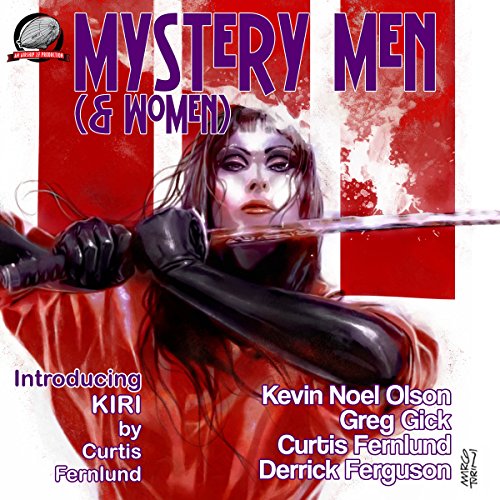 Welcome to volume three of this exciting series wherein today's top pulp fictions both on their creative caps and whip up a quartet of thrilling new pulp type avengers.

In this volume, you'll get to meet three brand new characters and have the pleasure of enjoying the return of a familiar character from volume two.

A black veteran of World War One returns home to the bayou country only confront an evil practitioner of the voodoo magic is turning living people into lifeless zombies.

Donning his old doughboy uniform and a gasmask, the Skein is born to protect the innocent and defeat the wicked.

In the grand tradition of the old pulp mags, this new series focuses not on the stalwart heroes of the tale but rather on the dastardly villain.

A mad scientist whose genius is capable of inventing the most bizarre weapons, the Brown Recluse has but one goal in mind, the complete domination of all mankind under his heel.

A beautiful female samurai comes to New York in the early 1930s employed as the personal aid to a newspaper business woman wanting to clean up the city from vice and corruption.

Along the way, Kiri stumbles on a white slavery ring connected to a former ally who murdered her teacher back in Japan.

Suddenly her mission becomes that of personal vengeance and before it is over blood will be spilled.

The saga of the modern day action hero, Mongrel, continues in this second chapter picking up where the first ended.

There is a conspiracy to destroy Mongrel's family, the owners of a multi-faceted high tech communications empire.

Once again we present four fast-paced, colorful heroes created in the spirit of the golden age pulp avengers.