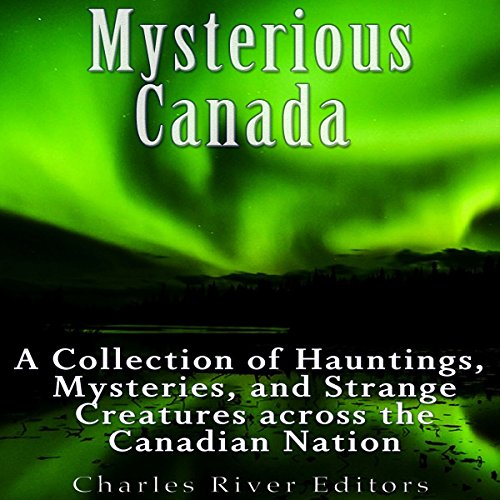 Mysterious Canada: A Collection of Hauntings, Mysteries, and Strange Creatures Across the Canadian Nation

Canada has the reputation of being a boring place. More tranquil than its southern neighbor, it goes along in its quiet way sustaining one of the most stable and prosperous democracies in the world, and does so with little fuss or drama. It doesn't get in the news much, which considering the content of most news stories is a good thing. People get along, the economy is expanding, and there are no regular disasters.

While all this makes Canada a pleasant place to live, it does not make it particularly interesting. But dig a little below the surface, and you'll find a different Canada, a stranger Canada, one of murder, mystery, and paranormal experiences.

The stories that follow will show that Canada, far from being a dull, staid nation where nothing much happens, is an epicenter of the mysterious. Mysterious Canada: A Collection of Hauntings, Mysteries, and Strange Creatures Across the Canadian Nation offers a sampling of the many strange stories and unexplained phenomena that make Canada such an intriguing place. It is part of an ongoing series by Sean McLachlan and Charles River Editors that covers the mysteries and oddities of various places across the world, including The Weird Wild West, Weird West Coast, Mysteries of the South, Mysterious New England, and Weird Ireland. You will learn about the weird legends and mysteries of Canada like never before.