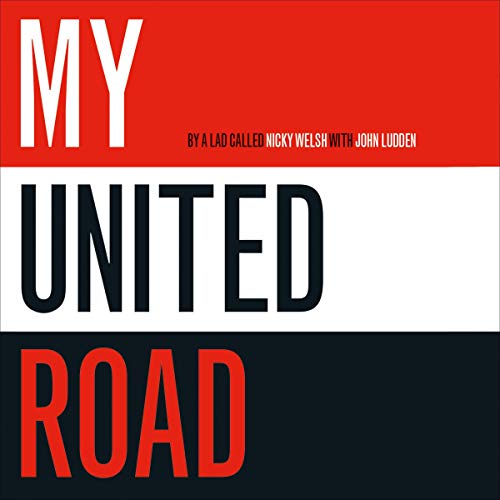 “For as long as I can remember, whenever I was asked, ‘What do you want to be when you grow up?’ I always gave the same reply: ‘I’m going to play for the Reds. Manchester United. Nobody else matters.'”

Manchester, 1974, and seven-year-old Nicky Welsh is about to set foot in Old Trafford for the first time. This is the beginning of a five-decade love affair with football and a passion for Manchester United that will define Nicky’s life for ever.

My United Road tells the true story of the fan who made it onto the pitch - almost. Signed for Manchester United from school as an apprentice, then a professional, surrounded by legends in the making, Nicky found himself on the cusp of a brilliant football career...which never happened.

By turns humorous and humbling, Nicky’s book is the story of a dream that so nearly came true, and a history of the Reds from the 1970s to the present day, told with passion and wit by someone who saw it from the inside. His story may be personal, but it will mean something to anyone who knows what it means to love your club, who dreams of wearing its shirt, and whose heart has soared and sunk in the stands.