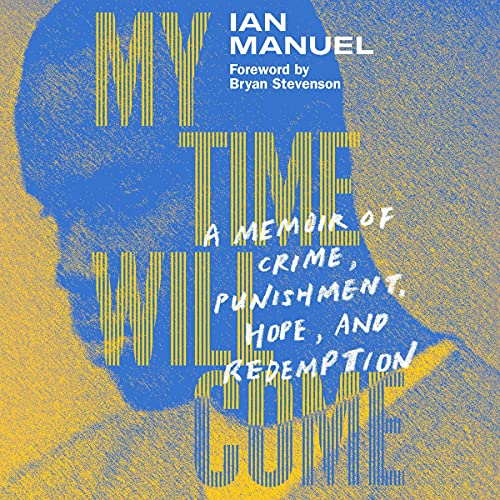 My Time Will Come

“My story has been told many times and by highly regarded experts in their fields - judges, prosecutors, juvenile probation officers, sociologists, journalists. But I would like to try to tell it to you myself. I have reason to believe the experts may be wrong about me. You see, today, 30 years later, I am neither in prison nor dead.” - from My Time Will Come

The United States is the only country in the world that sentences 13- and 14-year-old offenders, mostly youth of color, to life in prison without parole, regardless of the scientifically proven singularities of the developing adolescent brain - a heinous wrinkle in the scandal of mass incarceration. In 1991, Ian Manuel, then 14, was sentenced to life without parole for a non-homicide crime. In a botched mugging attempt with some older boys, he shot Debbie Baigrie, a young white mother of two, in the face. But as Bryan Stevenson has insisted, none of us should be judged only by the worst thing we have ever done.

Capturing the fullness of his humanity, here is Manuel’s powerful testimony of growing up homeless in Central Park Village in Tampa, Florida - a neighborhood riddled with poverty, gang violence, and drug abuse - and of his efforts to rise above his circumstances, only to find himself, partly through his own actions, imprisoned for two-thirds of his life, 18 years of which were spent in solitary confinement. Here is the at once wrenching and inspiring story of how he endured the savagery of the United States prison system and of how his victim, an extraordinary woman, forgave him and bravely advocated for his freedom, which was achieved by a crusade on the part of the Equal Justice Initiative to address the barbarism of our judicial system and to bring about “just mercy”.

Full of unexpected twists and turns as it describes a struggle to attain the glory of redemption, My Time Will Come is a paean to the capacity of the human will to transcend adversity through determination and art; in Ian Manuel’s case, through his dedication to writing poetry.

Cover design by Linda Huang, based on an original image by Glenn Paul for the Equal Justice Initiative

“This is a stunner.” (Publishers Weekly, starred review)

"Manuel’s account is both heart-wrenching and uplifting.... Manuel vividly captures the terror of an adolescent thrust into adult incarceration and the added trauma of solitary confinement. He portrays the prison bureaucracy as arbitrary in its amplification of punitive measures, including routine beatings and tear-gassings... A disturbing, vital, necessary eyewitness addition to debates about the mass incarceration epidemic in the US." (Kirkus Reviews)

“His story is heartbreaking and hopeful and needs to be told.” (Booklist)