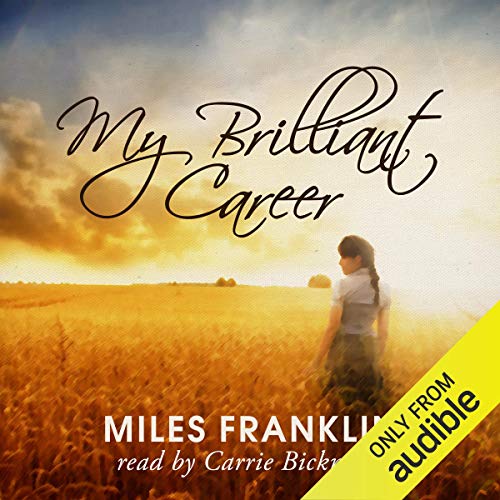 That is my first recollection of life. I was barely three. I can remember the majestic gum-trees surrounding us, the sun glinting on their straight white trunks, and falling on the gurgling fern-banked stream, which disappeared beneath a steep scrubby hill on our left.

It was an hour past noon on a long clear summer day. We were on a distant part of the run, where my father had come to deposit salt. He had left home early in the dewy morning, carrying me in front of him on a little brown pillow which my mother had made for the purpose. We had put the lumps of rock-salt in the troughs on the other side of the creek. The stringy bark roof of the salt-shed which protected the troughs from rain peeped out picturesquely from the musk and peppercorn shrubs by which it was densely surrounded, and was visible from where we lunched.

The green-hide bags in which the salt had been carried were hanging on the hooks of the pack-saddle which encumbered the bay pack-horse. Father's saddle and the brown pillow were on Dart, the big grey horse on which he generally carried me, and we were on the point of making tracks for home. Miles Franklin began the candid, passionate, and contrary My Brilliant Career when she was only 16, intending for it to be the Australian answer to Jane Eyre. This thinly veiled autobiographical tale of a young girl hungering for life and love in the outback was so beyond its years when first released in 1901 that Franklin insisted it not be published again until 10 years after her death. My Brilliant Career is a coming of age story for all of the ages.