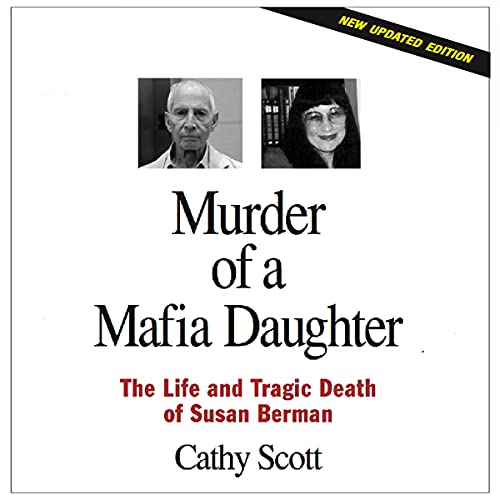 Murder of a Mafia Daughter

Susan Berman was reared in the lap of Las Vegas luxury as the daughter of Davie Berman, a notorious casino mogul and mafia leader. It wasn't until college - well after her father's death - that she learned what her dad did for a living. She ultimately dedicates her life to learning about Vegas and its underworld mob, publishing two acclaimed books on the subject: Easy Street and Lady Las Vegas.

Her story takes a turn for the bizarre in 1982, when Kathie Durst - the wife of college friend and heir to a New York real estate fortune Robert Durst - mysteriously disappears. Robert Durst is considered a prime suspect, but a case is never mounted against him. Then, in 2015, the Kathie Durst case is reopened, and soon after, Susan Berman is found shot in the back of the head, mob-style execution. No forced entry, no robbery, nothing missing from her home. Like Kathie Durst's disappearance, Durst is a person of interest in Berman's case. Did she have information about the fate of Kathie Durst?

With investigators after him, he fled New York and eventually is arrested for killing an elderly neighbor in Galveston, Texas, who some suspect may have had information regarding Kathie Durst's disappearance. Durst is acquitted by a jury, however, after claiming self-defense. Then, in 2015, Durst is arrested again while on the lam in New Orleans, this time for Susan Berman's murder, and the trial is ongoing in Los Angeles.

This new edition of Murder of a Mafia Daughter includes exclusive information on the Durst connection straight from LAPD investigators working on the Berman case as well as from Susan's friends and family.