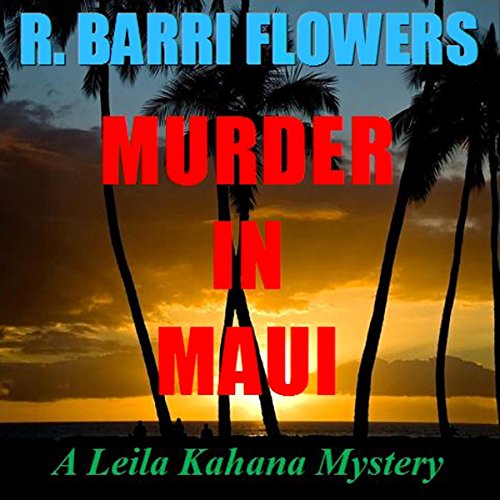 Murder in Maui: A Leila Kahana Mystery is an original eBook police procedural medical mystery novel set in the lush, deceptively idyllic tropical paradise of Hawaii. Maui County homicide detective and composite sketch artist Leila Kahana is the protagonist. A Hawaiian native, Leila follows in the footsteps of her grandfather who was the County of Maui police chief. She is tough, smart, sexy, and outspoken.

Leila's partner is Detective Sergeant Blake Seymour, separated from his wife and pushing to make lieutenant. Leila and Seymour investigate the execution-style murder of two prominent doctors in an upscale condominium. Larry Nagasaka and Elizabeth Racine are found lying naked in bed in a pool of their own blood. It is learned that they are married, but not to each other, and that the doctors belong to a prestigious medical association.

Assisting the detectives in the case are fellow members of the homicide squad, Detectives Trent Ferguson and Rachel Lancaster, run by Lieutenant Paul Ortega who is contemplating retirement. As they interview suspects and collect evidence, more doctors belonging to the medical association are murdered, making it clear to all that they have a ruthless and determined serial killer on their hands.

Leila, attempting to step out of the shadow of her grandfather and prove her worth to a skeptical Polynesian mother, is determined to solve this case, made more difficult as all the victims have skeletons in their closets. Leila's romantic involvement with Seymour - in spite of her conservative upbringing and the fact that he still pines for his soon-to-be ex-wife - complicates matters.

What sets this series apart - aside from the lush setting of Maui and its distinct areas that are prominent in the book such as Wailuku, Lahaina, Kihei, and Napili - are the colorful, main characters as they painstakingly go through the process of stopping a ruthless killer, with everyone a suspect.

" Murder in Maui,R. Barri Flowers debut Leila Kahana Mystery, is even hotter than its exotic Hawaiian setting. This is a police procedural of the highest order." (Jon Land, bestselling author of Strong Justice)
" Murder in Maui is a masterful thriller set in the dark underbelly of Maui, with lots of fine action, down and dirty characters, and the vivid details of a police procedure one would expect from an author who is also a top criminologist." (Dougals Preston, Co-creator of the best-selling Pendergast series)
"Flowers delivers the goods. An exotic setting, winning characters, and realistic procedural details make Murder in Maui a sure hit with crime-fiction readers." (Bill Crider, Edgar winner and author of Murder in the Air)