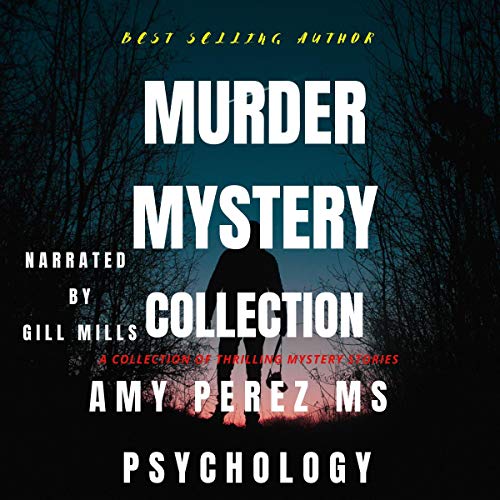 Axel Glancy has hovered in the shadows collecting Damsels in Distress for years. The FBI has failed to catch him due to his careful and meticulous planning. It isn’t until Axel’s home gets broken into that things get shaken up for him for good. A local college student gets abducted and local police are fighting the clock to save her. Detective Lincoln Crawford gets a hunch that may crack the case. Follow along this thriller through the twists and turns to the very end!

Claire believes that she is just in for a routine mental health weekend to make sure she is doing good with her new medications. Her life is going well, and she has a lot to be thankful for. After she is inside, things take a turn for the worse. After two days, in the third room on the left, a body is found. There is a killer on the loose inside the mental facility. Little does Claire know, there was a similar killing style in the same hospital exactly 10 years earlier. No one can be trusted in the facility until the person who is caught.

Savannah and her fiancé decide to take a family trip up to a cabin in the mountains. Everything is going great until someone in the cabin goes missing. Then they find themselves in a race against the clock to find their missing family member. Fear takes over as news of a local murder is discovered on the news. Will they find out that it’s the worst-case scenario? Find out in this psychological thriller with Amy Perez MS Psychology.

Amy Perez has a Master's Degree in General Psychology. She has worked in Miami, Florida with people living with various mental illnesses. She has spent many hours inside mental health facilities with a first-hand patient perspective. Amy lives in Florida with her family and orange tabby. She enjoys reading, writing, cooking, and spending time in nature.