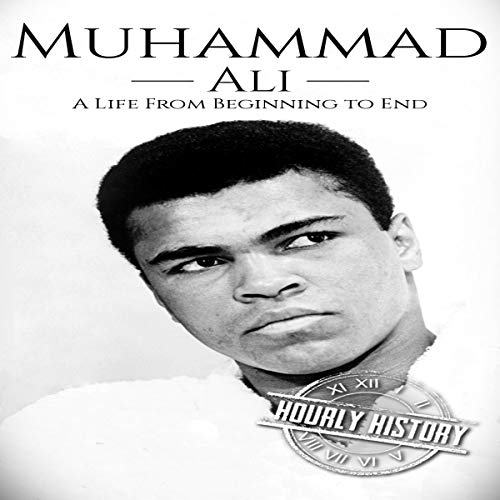 Muhammad Ali: A Life from Beginning to End

Cassius Clay Jr. The Greatest. The Louisville Lip. The People’s Champion. Muhammad Ali. All are names for one of the greatest boxers of all time. Muhammad Ali lived a life that produced some of the most notable boxing matches ever. He also had battles outside of the boxing ring - battles that included fighting with the federal government for his freedom, as well as fighting against his debilitating Parkinson’s disease.

Inside, you will listen about....

You’re about to embark on a journey of greatness. Dive into the life of one of the greatest athletes ever to grace the boxing ring, Muhammad Ali. Ali’s life wasn’t perfect - it was full of twists and turns and conflicts - inside, and outside the ring. But his life was truly meaningful, and it made Muhammad Ali worthy of the title he often used to describe himself, “The Greatest”.