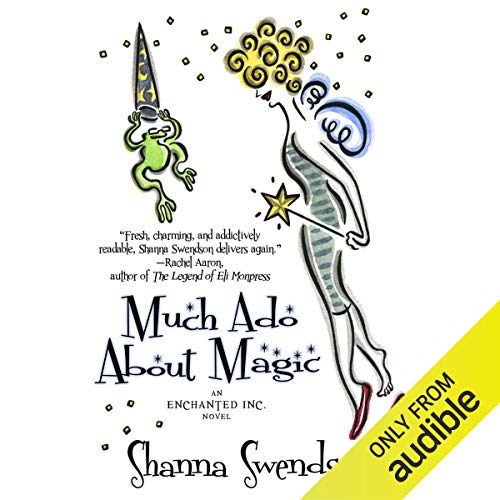 Much Ado About Magic

At last, the much anticipated fifth book in the Enchanted, Inc. series!

To Do: Manage Magical Mayhem

Katie Chandler is back in New York and just in time to help Magic, Spells, and Illusions, Inc. with the latest crisis. A magical crime wave is sweeping the city and wizarding whiz Owen Palmer thinks the chaos-causing spells look awfully familiar - like something his arch-rival Phelan Idris would create.

When Idris' rogue firm Spellworks starts selling amulets to protect against these spells, Owen's suspicions are confirmed. While Owen and the other wizards scramble to unravel the wicked spells, it's Katie's job as the new director of marketing for MSI to fight the battle of public perception. When Katie stages a showcase for MSI's magical achievements, she doesn't realize she's playing right into a devious plot more than three decades in the making. To save the magical world, she'll have to prove who the real enemy is by digging deeper into Owen's mysterious past. If she fails, she not only stands to lose a magical war, but she could also lose the man she loves.