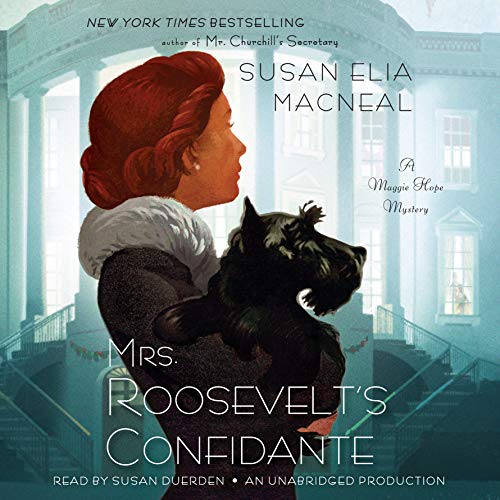 In this latest riveting mystery from New York Times best-selling author Susan Elia MacNeal, England's most daring spy, Maggie Hope, travels across the pond to America, where a looming scandal poses a grave threat to the White House and the Allied cause.

December 1941. Soon after the attack on Pearl Harbor, Winston Churchill arrives in Washington, DC, along with special agent Maggie Hope. Posing as his typist, she is accompanying the prime minister as he meets with President Roosevelt to negotiate the United States' entry into World War II. When one of the first lady's aides is mysteriously murdered, Maggie is quickly drawn into Mrs. Roosevelt's inner circle - as ER herself is implicated in the crime. Maggie knows she must keep the investigation quiet, so she employs her unparalleled skills at code breaking and espionage to figure out who would target Mrs. Roosevelt and why. What Maggie uncovers is a shocking conspiracy that could jeopardize American support for the war and leave the fate of the world hanging dangerously in the balance.