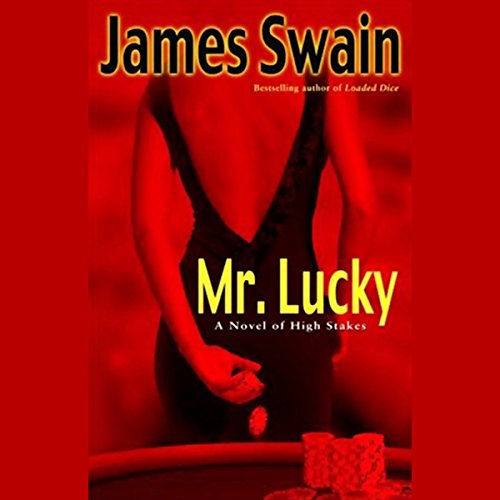 Tony Valentine made his living and his name as a cop in Atlantic City, and is now known worldwide for his ability to spot the kinds of scams, grifts, and rip-offs that cost casinos billions every year. A man with a biting wit who drives a '92 Honda, Tony is low-profile, old-school, and has seen it all, until he meets the luckiest man on earth.

Ricky Smith was once a small-town loser. Then he went to Las Vegas, jumped out the window of a burning hotel, lived to tell the tale, and tore up the Strip on an incredible winning streak. Ricky didn't just win at one slot machine or table game. He won at blackjack, roulette, and craps, and then beat the pants off the world's greatest poker player. Tony knows that goofy, loudmouthed Ricky Smith, or anyone else for that matter, couldn't possibly be that fortunate. But when "Mr. Lucky" returns home to the little town of Slippery Rock, North Carolina, he keeps on winning everything from a horse race to a $50,000 lottery.

Hired by a desperate casino, Tony starts to pry into Ricky's past, his friends, and the strange little town that is benefiting from Ricky's fame and fortune. Unfortunately for Tony, his cover is blown when he is forced to reveal a trick he has up his own sleeve: a pocket Glock he can shoot with laser-like precision. Suddenly, two men are dead, the cops are on Tony's tail, and the investigation explodes in violence, putting the lives of Tony's son and his young family in danger.

Against a neon-tinted backdrop of adrenaline rushes, hard crashes, big money, and high-wire tension, the inimitable James Swain has set his best Tony Valentine novel yet: a funny, furious ride with an astounding array of crooks, marks, and one killer scam.

"In this series about gambling, the main character is a big winner. Mr. Swain's likeable detective hero is Tony Valentine...and he has some neat tricks up his sleeve." (The New York Times)
"If all Swain had going for him was a dynamite premise (inside dope on how casino games work) this series would still be good fun, but he adds all the sinew we look for in the best caper novels: quirky characters on both sides of the law who constantly surprise us with just the right mix of comedy, violence, and humanity." (Booklist)