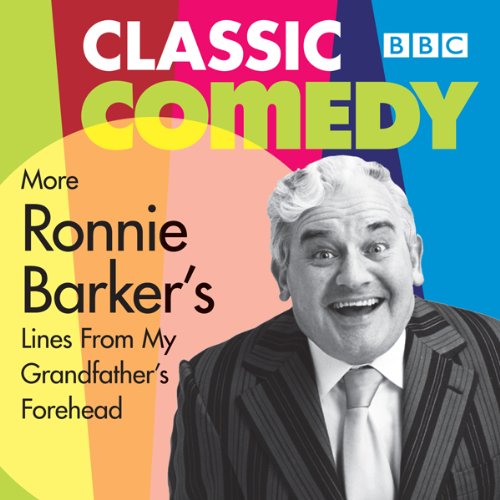 Ronnie Barker stars in four episodes of the comedy sketch show as heard on BBC Radio 4. Here’s a further cornucopia of clever comedy, featuring sketches, monologues, poems and songs in this sequential entertainment for radio. Here, the sketches include: a bizarre slice of Shakespeare, a poem for a man with a plan, and a forgetful actor. There are also people who use lots of words, but say very little. As well as a musing pianist, we also hear a two-headed Great Eccentric, a spoof Paul Temple, and wires get crossed on the telephone. Co-written by Gerald Wiley (the pseudonym used by Ronnie Barker) and many others, this sophisticated cabaret-cum-sketch-show contains plenty of witty wordplay. Starring Ronnie Barker, with Terence Brady, Pauline Yates, Josephine Gordon, and Dick Abell.