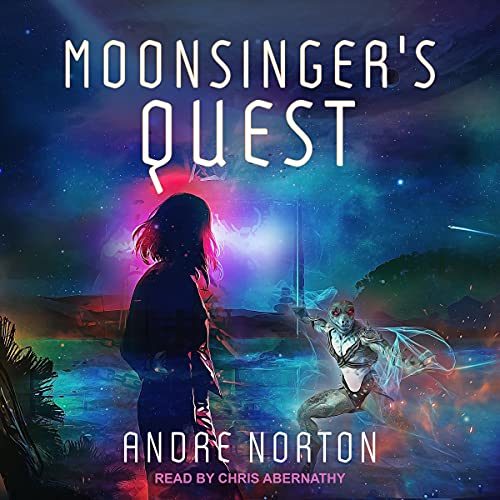 In Flight to Yiktor, Farree is a hunchback orphan in the slum of a tough, lawless world on the edge of the known galaxy. His only friend? A war-beast rescued from starvation and the fighting pits with whom he has a telepathic connection.

In Dare to Go A-Hunting, Farree has discovered a portion of his true heritage as one of the ancient Little People, the Faery Folk, of legend - but so far as he knows, he is the only one of his kind to survive. Then his compatriots, star-traveler Krip Vorlund and psychic sorceress Lady Maelen, the Moonsinger, find a clue on a distant frontier outpost world which points to the location of Farree's birthplace. But others are looking for that place as well. And those others do not mean the inhabitants well. Now Farree must find and defend a family and people he does not remember, but who hold the key to his own strange destiny.

too many coincidences and sudden unlikely clues

This story wouldn't go anywhere without numerous unlikely coincidences.
And then in the 2nd part of the book the story devolves into a comedy routine where one main character runs all over the place because of "sudden, unexplainable urges/insights" and everybody else is just running after him since the story pretty much forgets that there are more ppl in the group than this one hysterical character.