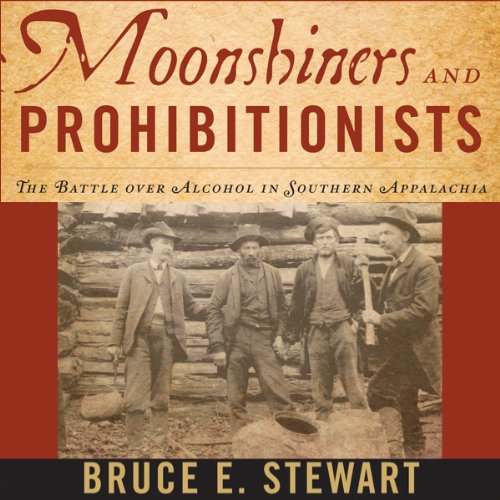 Homemade liquor has played a prominent role in the Appalachian economy for nearly two centuries. The region endured profound transformations during the extreme prohibition movements of the nineteenth century, when the manufacturing and sale of alcohol - an integral part of daily life for many Appalachians - was banned.

In Moonshiners and Prohibitionists: The Battle over Alcohol in Southern Appalachia, Bruce E. Stewart chronicles the social tensions that accompanied the region's early transition from a rural to an urban-industrial economy. Stewart analyzes the dynamic relationship of the bootleggers and opponents of liquor sales in western North Carolina, as well as conflict driven by social and economic development that manifested in political discord. Stewart also explores the life of the moonshiner and the many myths that developed around hillbilly stereotypes.

A welcome addition to the New Directions in Southern History series, Moonshiners and Prohibitionists addresses major economic, social, and cultural questions that are essential to the understanding of Appalachian history.

"This insightful audiobook is certain to serve as a model for future studies on the antiliquor movement." ( The Journal of American History)
" Moonshiners and Prohibitionists is a much needed contribution to our understanding of the complex social, economic, religious, and cultural issues underlying the prohibition impulse that swept the South between 1880 and 1920." ( Journal of Southern History)
"A fresh and insightful study that makes a significant contribution to our understanding of the Appalachian South, the antebellum and post-bellum temperance movements, and the wider South. This fascinating work will certainly generate lively discussions." ( Journal of East Tennessee History)