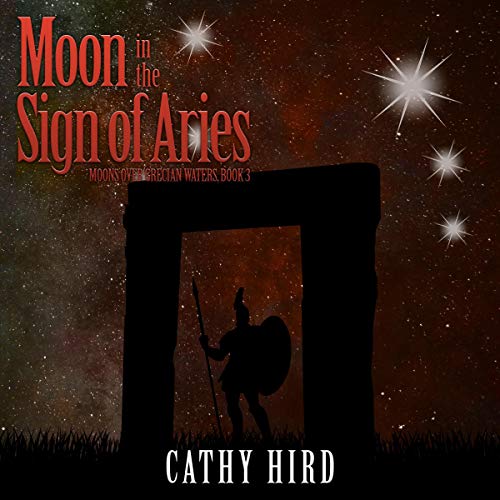 Just after dawn, a slave ship from Athens takes over in a remote village, rounding up the women and children and loading them on their ship. What fate doomed this village whose men were taken as slaves just six years earlier?

From the hidden birthing hut, Panacea, daughter of the god of healing, watches, raging, helpless to intervene. Studying the raiders, she recognizes the leader, the rogue prince Aphoron, whose service to Poseidon has already wreaked havoc across the land (as told in Moon of the Goddess and Before the New Moon Rises). Cursing the Athenians, Panacea takes a small sail boat, and, with one companion, follows the slave ship, determined to free the villagers.

Thanks to a message from Panacea's father, Melanion, prince of Tiryns, arrives the same day and learns of the tragic raid. A race begins to catch the slave ship and find a way to release the villagers. Can the rescuers enlist the aid of other Olympians or will Poseidon win this time, with the villagers doomed to slavery?