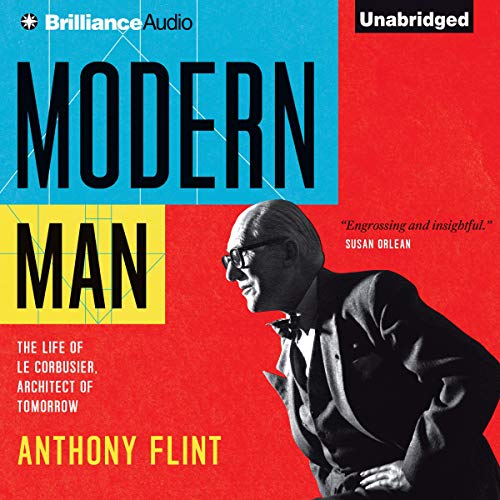 From the award-winning author of Wrestling with Moses comes a fascinating, accessible biography of the most important architect of the 20th century. Modern Man is a riveting biography of Le Corbusier - a man who invented new ways of building and thinking. Modern Man is a penetrating psychological portrait of a true genius and constant self-inventor, as well as a sweeping tale filled with exotic locales, sex, and celebrity (he was a lover of Josephine Baker), and high-stakes projects. In Flint's telling, Corbusier isn't just the grandfather of modern architecture but a man who sought to remake the world according to his vision, dispelling the Victorian style and replacing it with something never seen before. His legacy remains controversial today, as the world grapples with how to house its skyrocketing urban population and the cult of the "starchitect" continues to grow.

Modern Man is for listeners fascinated by the complex personal lives and outsized visions of both groundbreaking artists and dazzling, charismatic innovators like Steve Jobs.