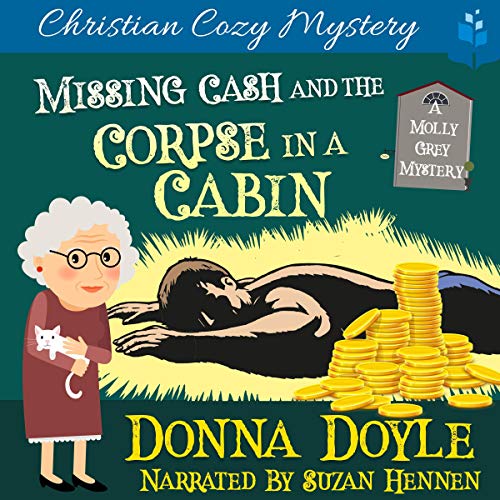 Missing Cash and the Corpse in a Cabin

Is there anyone who has not heard of Miss Molly Gertrude Grey, the owner of the well-known Cozy Bridal Agency? Of course, the aging, spunky woman is, perhaps, best known for her work as an amateur sleuth, since together with her bubbly assistant Dora Brightside, she has now solved countless mysterious crimes in the peaceful tourist town of Calmhaven. But not many people are familiar with the story of how Miss Molly Gertrude's adventures in Calmhaven began.

On a fateful day, just when Molly Gertrude arrived in Calmhaven, it appeared that the benevolent philanthropist Samuel Given slipped and hit his head on the coffee table in his cabin. Sheriff JJ Barnes was convinced it was merely an accident and wanted to close the case, but Molly Gertrude wasn't so sure and began her own investigation.

In this exciting murder mystery, Molly Gertrude herself tells us how she solved the mystery and became one of Calmhaven's most celebrated figures.