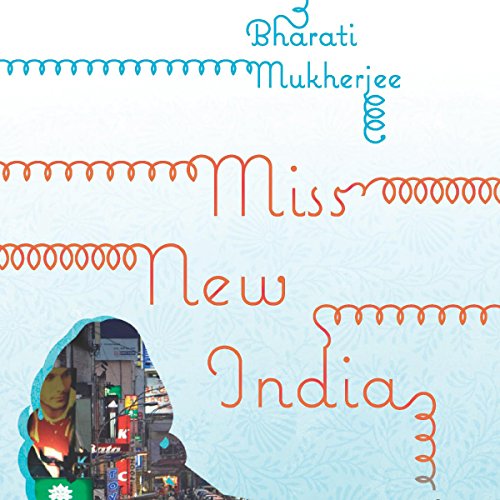 In Miss New India, author Bharati Mukherjee takes readers inside the country’s conflicting worlds, where recent grad Anjali Bose is trapped between the life her parents want for her and the future that she imagines for herself in India’s fastest-growing city. Read by Farah Bala, the story is a traditional coming-of-age story with a few smart stops along the way.

After a violent encounter with her parents’ choice of prospective husband, Anjali leaves the tiny town where she grew up and hops a bus to Bangalore, where, she’s been told, success comes easy to the young Indians who work in call centers. She plans to reinvent herself — new name, new clothes, new life — by perfecting her English, experiencing the world, and leaving her past behind. Of course, as anyone who’s ever tried to escape their youth can tell you, that’s not always as easy as it sounds.

As she adjusts to her new life in Bangalore, Anjali’s feelings swing from determined and excited to terrified and — she is a teenage girl, after all — a little whiny. Narrator Farah Bala gives Anjali’s dialogue a wide range of emotion as she navigates the ups and downs of trading one life for another: from making friends and flirting with love interests to finding out what’s happened to the family she left at home, Anjali’s thoughts are as serious, passionate, anxious, and flighty as you’d expect. Along the way, a lively cast of characters weaves in and out of Anjali’s story, and Bala handles them all — American English teachers, a traditional landlady, shady acquaintances — with ease. Her impressive range of accents even allows her to layer one on top of the other for Indian characters pretending to be American in the call centers, all of which offers an intriguing look at the way U.S. culture is seen around the world. —Blythe Copeland

Anjali Bose is Miss New India. Born into a traditional lower-middle-class family and living in a backwater town with an arranged marriage on the horizon, Anjalis prospects dont look great. But her ambition and fluency in language do not go unnoticed by her expat teacher, Peter Champion. And champion her he does, both to other powerful people who can help her along the way and to Anjali herself, stirring in her a desire to take charge of her own destiny. So she sets off to Bangalore, Indias fastest-growing major metropolis, and quickly falls in with an audacious and ambitious crowd of young people, who have learned how to sound American by watching shows like Seinfeld in order to get jobs as call-center service agents, where they are quickly able to out-earn their parents. And it is in this high-tech city where Anjalisuddenly free from the traditional confines of class, caste, gender, and moreis able to confront her past and reinvent herself. Of course, the seductive pull of modernity does not come without a dark side.