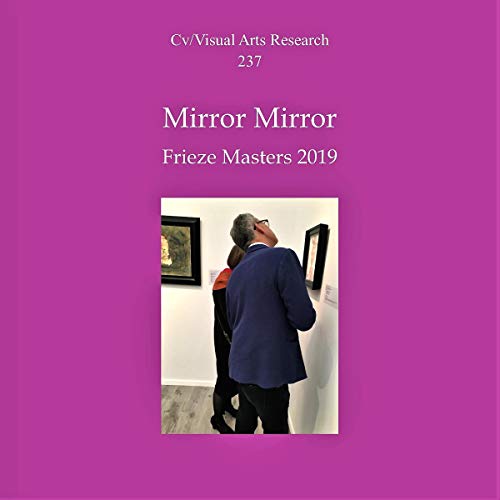 Into the broad arena of the covered awnings of this enormous tented gathering of leading art dealers and the first gallery space is Aquavella, with a variety of exhibits; and come face-to-face with an absolutely spiteful acid green and fluorescent pink abstract by Keith Haring (1958-1990). It’s on canvas dated 1982 and signed lower left. The green is painted in a random ventilated grid over the hyper-intense pink with a bold line of a green stripe on the top edge of the work, which is encased in a glass vitrine. Next to this, Wayne Thiebaud, pop painter of the primary movement in the 1960s. Always a strongly composed small-scale panel shows an aerial view of a highway and sports arena. Its neighbor, a classic signature Thiebaud of an array of cakes and pastries, described in mouthwatering swirls of oil paint.

Jean Dubuffet figures frequently in the art fair; here is a piece dated 1963. Abstract expressionist slash marks of brown revealed through patches of pink, cream, and white in vigorous calligraphic swirls. A powerful and early Francis Bacon "Study for a Figure", 1950. An intensely felt statement, carrying the conviction of the post-war period before his vision became dandified, repetitive, and formulaic. The ground is charcoal grey in thinly washed vertical strokes. The male body emerges convulsively, a bulging tangle of pecs and biceps and hunched powerful shoulders. The figure is imprisoned in the familiar white outline cage, and there is a counterpoint thin red line identifying the lower edge of the canvas.