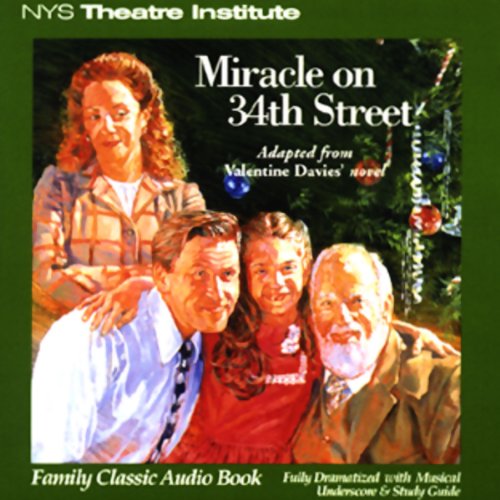 Adapted from the novel by Valentine Davies.

Kris Kringle, forced out of a retirement home for refusing to deny he is Santa Claus, is hired as a seasonal Santa at Macy's in Manhattan. Customers warmly accept him as the very spirit of the season. Susan, the young daughter of Doris Walker, the store's personnel director, likes Kris but does not believe in Santa Claus and tells him that he is merely a Macy's employee. Other children believe that he is the genuine, legendary Real Thing.

When Kris begins recommending that customers shop for the best deal, even if that sends them to competitors, people congratulate the store for its good will and business booms. Mr. Macy is quite happy about that...until some of his employees plot to get rid of him by having him declared insane. Attorney Fred Gailey, Doris' suitor, shows her and Susan the beauty of faith and proves there is a Santa Claus (Kris Kringle) in a court of law.