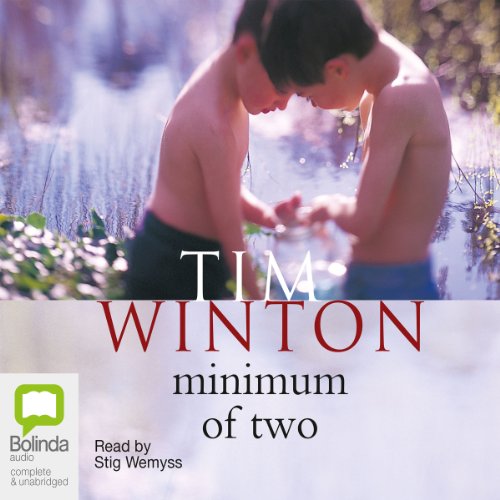 Versatile Australian performer Stig Wemyss performs this collection of short stories by Australian master Tim Winton. Wemyss appropriately hones his tenor voice to a crisp, minimal style reflecting his subject matter: men and women struggling under the hardships of living that have plagued the characters of great literature from Homer to Alice Munro.

Minimum of Two features 14 short stories, including the title story, "No Memory Comes", and seven stories starring Jerra, Rachel, and Sam Nilsam. Moving explorations of the ties that both bind and bruise the hearts of men, these stories will be appreciated by fans of Munro, Tim O’Brien, and that great seaside minimalist himself, Ernest Hemingway.

"Like Hemingway, Winton writes prose in which you can hear the thumping of the heart of the long-distance swimmer, or the rasping, heaving breath of the asthmatic ..." ( Times on Sunday)