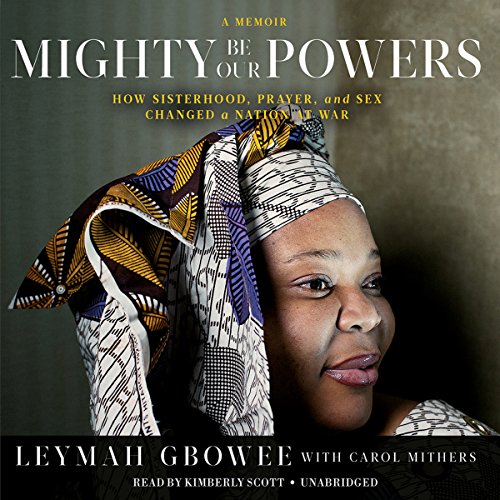 Mighty Be Our Powers

As a young woman growing up in Africa, 17-year-old Leymah Gbowee was crushed by a savage war when violence reached her native Monrovia, depriving her of the education she yearned for and claiming the lives of relatives and friends. As war continued to ravage Liberia, Gbowee’s bitterness turned to rage-fueled action as she realized that women bear the greatest burden in prolonged conflicts. Passionate and charismatic, Gbowee was instrumental in galvanizing hundreds, if not thousands, of women in Liberia in 2002 to force a peace in the region after 14 years of war. She began organizing Christian and Muslim women to demonstrate together, founding Liberian Mass Action for Peace, launching protests and even a sex strike.

p>Gbowee’s memoir, Mighty Be Their Powers, chronicles the unthinkable violence she’s faced throughout her life and the peace she has helped broker by empowering hundreds of her countrywomen and others around the world to take action and takes listeners along on her continuing journey as she harnesses the power of women to bring her country peace, saves herself, and changes history.
©2011 Leymah Gbowee (P)2011 Blackstone Audio, Inc.

“Leymah bore witness to the worst of humanity and helped bring Liberia out of the dark. Her memoir is a captivating narrative that will stand in history as testament to the power of women, faith, and the spirit of our great country.” (Ellen Johnson Sirleaf, President of Liberia)