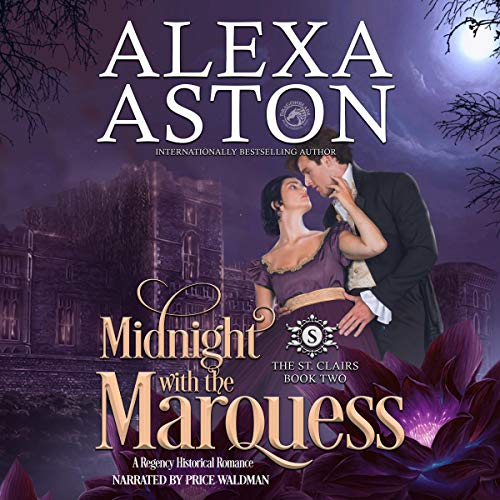 Midnight with the Marquess

Can love heal a wounded army officer who doesn’t believe it exists?

Lady Rachel St. Clair has witnessed how powerful love can be, thanks to the example her brother and wife set, and she won’t settle for anything less. At a house party, Rachel meets an officer returning from the Peninsular War and believes she may have found love, thanks to their clandestine midnight lessons in kissing.

Major Evan Drake, Marquess of Merrick, witnessed his father murder his mother and believes love doesn’t exist. He’s returned from combat wounded in both body and soul. When he meets Rachel he changes his mind about love, drawn to the raven-haired beauty’s spirit. Yet, Rachel devastates him by rejecting him before he can declare his feelings for her, sending Evan into a downward spiral that almost ends in death.

Nursing her broken heart, Rachel continues her search for love the next season, though her thoughts linger on those midnights with her marquess.

Will Evan be able to regain Rachel’s trust - and open his heart to love?

Find the answer in best-selling author Alexa Aston’s second book of The St. Clairs, Midnight with the Marquess.

Each book in The St. Clairs Trilogy is a stand-alone story that can be enjoyed out of order.