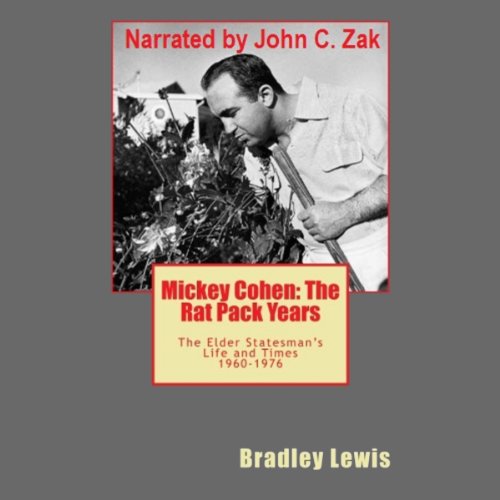 Mickey Cohen, who died in 1976, was a colorful, feared West Coast gangster-gambler who knew the biggest names in Hollywood including the Rat Pack, was a confidant of Bugsy Siegel, a friend of Las Vegas' late Liz Renay and on first names with the biggest guys in the Mafia, plus Frank Sinatra, Richard Nixon and Billy Graham. Brad Lewis' book about Cohen draws from thousands of resources - a virtual treasure trove of Mafia-related books, articles and interviews. Written by a tough and knowledgeable insider, Lewis tells the whole Mickey Cohen story during the period when he was involved with the Rat Pack, Marilyn Monroe, Patty Hearst, Menachem Begin, Jack Ruby, Sam Giancana, and the Kennedys. All the whispered anecdotes, the news items and the underside of the crime rackets where Mickey operated are in this book, open to scrutiny. From Bugsy Siegel to Lucky Luciano and Albert Anastasia to Meyer Lansky and Carlos Marcello, Mickey knew them well and worked closely with them for many years. This is Mickey Cohen! Inside and Out!

This book is an abridged version of Hollywood's Celebrity Gangster