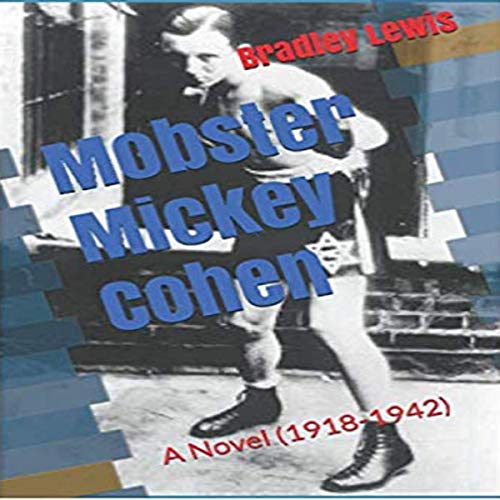 Mickey Cohen, who died in 1976, was a colorful, feared West Coast gangster-gambler who knew the biggest names in Hollywood, was a confidant of Bugsy Siegel, and on first names with the biggest guys in the Mafia, plus everyone from Frank Sinatra to Marilyn Monroe.

Bradley Lewis' novel about Cohen draws from thousands of resources - a virtual treasure trove of Mafia-related books, articles, and interviews. Lewis tells the early Mickey Cohen story during the period when he was growing up in Brownsville, Brooklyn, until the beginning of his foray with Bugsy Siegel into Las Vegas. From Bugsy Siegel to Lucky Luciano and Jack Dragna to Meyer Lansky. Mickey knew them well and worked closely with them for many years. This lively, fictional take is based on the first modern biography of Cohen, Hollywood's Celebrity Gangster, The Incredible Life and Times of Mickey Cohen.