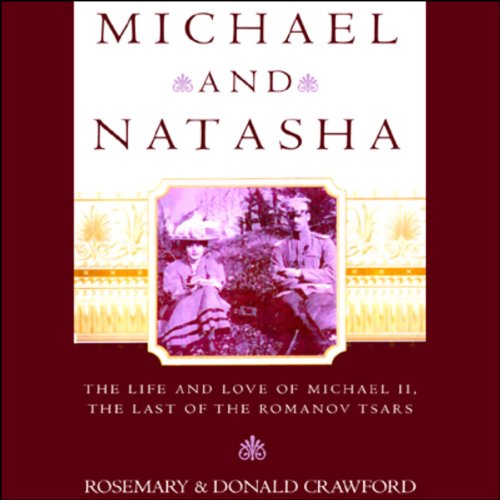 He was Grand Duke Michael, handsome brother of Tsar Nicholas II. She was the beautiful twice-divorced daughter of a Moscow lawyer. Their scandalous love affair and their runaway marriage to Vienna in 1912, trailed by the Tsar's secret police, caused uproar in Russia and was the talk of all Europe.

Based on hundreds of letters which have long been hidden in the Russian state archive in Moscow and St. Petersburg, as well as on Michael's private diaries held by the Forbes Collection in New York, Michael and Natasha is one of the greatest and most dramatic love stories of this century.

It is also a book which sheds significant new light on the downfall of the Romanov dynasty. Michael, proclaimed Emperor on the abdication of his brother in 1917, was arrested three times thereafter and was the first Romanov to be murdered, though Natasha escaped, disguised as a nun.

This is a book of immense historical interest, impressively researched; but above all it is a compelling love story set across the background of imperial Russia, of war, and of bloody revolution.

"The authors, both journalists, have crafted a compelling, well-researched account of an aspect of Russian history not widely known. Highly recommended." ( Library Journal)