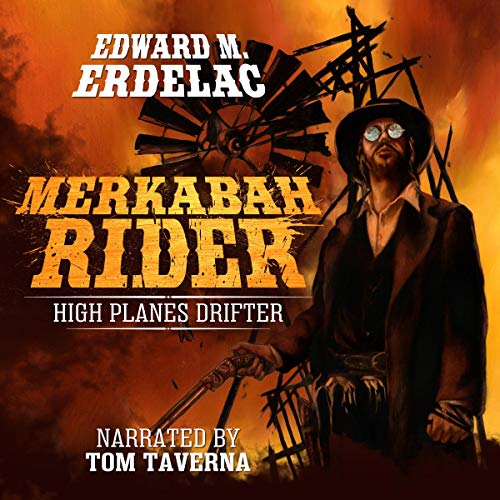 A Hasidic gunslinger tracks the renegade teacher who betrayed his mystic Jewish order of astral travelers across the demon-haunted American Southwest of 1879.

In this acclaimed first volume, four sequential novellas and one bonus short story chronicle the weird adventures of the Merkabah Rider.

In The Blood Libel, The Rider fights to save the last survivors of a frontier Jewish settlement not only from a maddened lynch mob, but from a cult of Molech worshippers hiding in their midst.

In The Dust Devils, a border town is held hostage by a band of outlaws in league with a powerful Vodoun sorcerer.

In Hell's Hired Gun, The Rider faces an ex-Confederate sharpshooter who has pledged his allegiance to Hell itself.

In The Nightjar Women, The Rider drifts into a town where children cannot be born. Here an antediluvian being holds the secret to his fugitive master's insidious plan: a plot that threatens all of Creation.

Finally, never before collected, "The Shomer Express." On a midnight train crossing the desert, a corpse turns up desecrated. Someone stalking the cars has assumed its shape, and only The Rider can stop it.