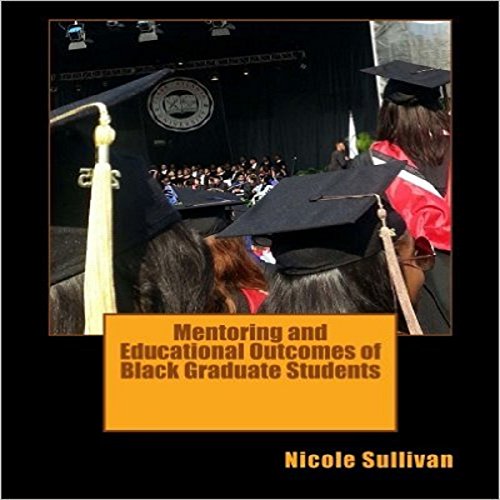 A review of the literature suggests that any form of mentoring improves completion rates among black graduate students. Existing research further suggests that when paired with like mentors, such as same race or gender, black graduate students complete their programs at even higher rates. The existing research is, however, limited due to the age of the research and factors such as attrition by discipline. Updated research is needed to determine why, despite being admitted to graduate programs of study at the highest rates in United States history, black students are leaving without graduate degrees more than any other race.

Vincent Tinto's theory of social adjustment states that students who are not socially adjusted are less likely to persist (complete their program of study). Because black students are attending predominantly white institutions at the highest rates since Reconstruction, this research will examine ways in which black graduate students become socially adjusted and how it affects their persistence. The anticipated results of the study are that black graduate students who had mentors completed their programs more often than those who did not have mentors. Additionally, those who had mentors of the same race, gender, or socio-economic backgrounds may report even higher percentages of completion. In contrast, those who did not have mentors may report lower percentages of completion.